Övedskloster have, in various forms ,existed for about 900 years.
The original buildings was founded by Archbishop Eskil in Lund at
1100-century and was dedicated to the Holy Trinity. The monks who first settled in Öved came from Prémontré in France.

1536  when the Reformation in Denmark was carried out, Scania was still Danish. Because of this the Holy Trinity monastery was dissolved .. The new castle was completed in 1776.  Hans Ramel founded in 1766 a fideikomiss/ entailed estate, which meant that the castle could not be sold and that it would be inherited in its full from father to eldest son. When Hans died in 1799 his son became the first holder of this. The current owner is the tenth in a row, and also named Hans Ramel. The houses are partly built made of the pink sandstone from Oved.

The garden is from the 1700s and was built by Hans Ramel. 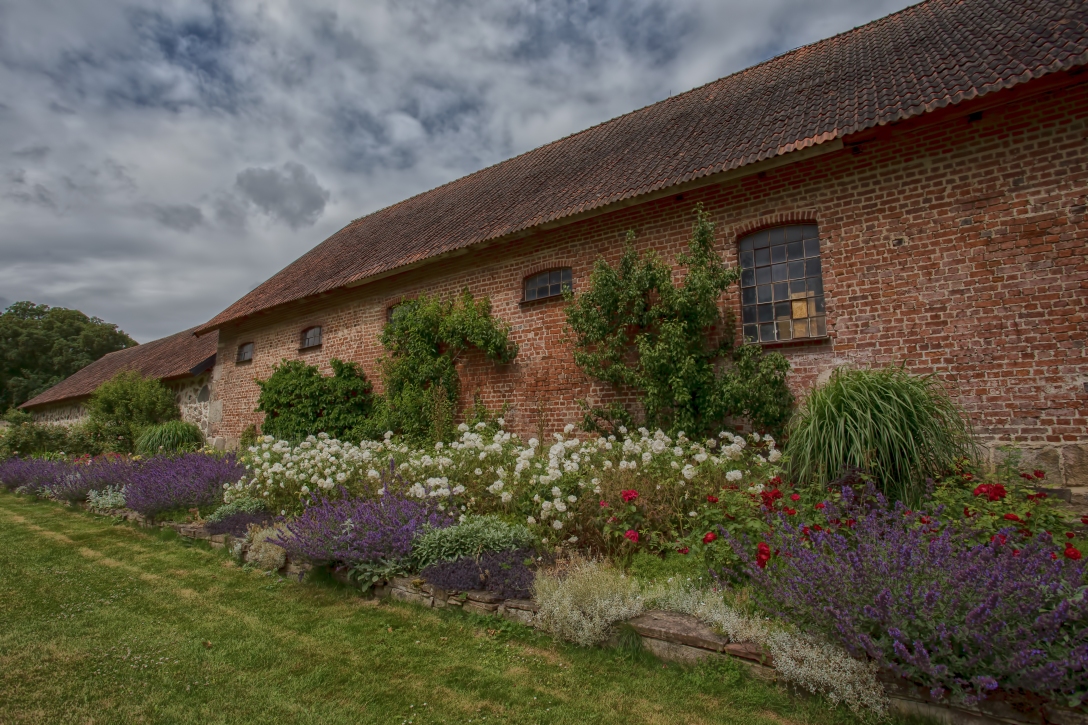 This is a private property, but allowing people to visit with care during daytime.
But there is more, look at this link
http://www.ovedskloster.com/ Thank you for looking at my Photos, Welcome back 🙂